[This is the third part of my reply to Dr. Andrea Weisberger's critique of my arguments in the first Loftus-Wood debate.]

When theists respond to the Argument from Evil, certain objections are to be expected. For instance, if the theist points to the value of free will, it makes sense for the atheist to question whether this really solves the problem. Nevertheless, some atheist objections are entirely unexpected. As odd as such objections seem, however, they often tell us something quite valuable about the atheist’s mode of thinking.

In my opening statement during my first debate with John Loftus, I noted that there is a difference between an intellectually satisfying response and an emotionally satisfying response. To illustrate, I described a powerful scene in the movie Sophie’s Choice. Sophie is standing in line, waiting to enter a concentration camp during World War II. She has her two small children with her, and she pleads with one of the guards to release her. The guard, however, puts Sophie in one of the most difficult moral dilemmas we could imagine. He tells her that one of her children has to die, and that Sophie must choose the child who dies. If she doesn’t choose, both of her children will be killed.

Sophie says that she can’t possibly make such a choice, and she begs the man to reconsider. But he orders his men to take both children. When the soldiers come to take the children to the death chamber, Sophie cries out, “Take my daughter!” So the Nazis take Sophie’s screaming daughter to the furnace. Sophie’s son is later taken to the children’s camp. At the end of the movie (I apologize for the plot spoiler), Sophie commits suicide. She could never forgive herself for sending her own daughter to be burned in a furnace.

In the debate, after explaining Sophie’s dilemma, I added the following:

The point, then, is that there are different versions of the Problem of Evil. There is what we might call the Intellectual Problem of Evil, where we try to reconcile certain propositions with other propositions. But there is also the Emotional Problem of Evil, which concerns how to comfort people who are suffering. In a debate, we are dealing with the intellectual aspect of the problem. My point was that we should be careful to note the difference between (1) rejecting an argument because it doesn’t make sense, and (2) rejecting an argument because it doesn’t comfort us in our pain. Debates are designed to deal with intellectual issues; relationships and counseling are better areas for dealing with emotional issues.

Whether a person agrees with me or disagrees with me that debates should deal with intellectual problems, however, is beside the point here. Andrea Weisberger took issue not with my contention that debates aren’t the place for the Emotional Problem of Evil, but with my claim that Sophie was morally blameless. Consider Dr. Weisberger’s reasoning here:

Wood argues that on intellectual grounds, but perhaps not emotional, there is a reason for suffering. He uses the example of the plot in the film Sophie’s choice. Sophie, while standing in line to the gas chambers with her two small children, must select one child over another to save -- under duress from a Nazi. If she fails to select one, all three will die. If she plays the Nazi’s cruel game, two of them live. She chooses her son and sends off her daughter to die. Wood claims that this was an acceptable intellectual choice, though emotionally devastating. In the film, Sophie eventually commits suicide.

However, is such a choice justified on intellectual moral grounds? Is it the case that we have some definitive framework for determining a morally correct choice here? And if so, is there obvious evidence for adopting an act utilitarianism over a rule utilitarian or even deontological approach -- which might claim that since all human lives are infinitely (or even equally valuable) one cannot then choose between them? To make this claim, and in light of the background of Nazi insanity, implies that there was a logically coherent and correct response to the Nazi proposition of choosing to save one of your children and condemn the other to death. This is not a rational proposition, and there is no rationally based correct response to such horror. There is not even a moral framework, let alone a meaningful language external to the incoherence of the Holocaust, to judge the actions of the film’s protagonist.

I was, quite frankly, flabbergasted at this response. Atheists who present the Argument from Evil typically portray themselves as the sympathetic participants in the debate, while theists are cast as cold-hearted monsters who can’t fathom what people go through. But here we have Weisberger arguing that, in sympathizing with Sophie’s decision, I’ve made a tremendous blunder. The error, however, belongs entirely to Dr. Weisberger.

Dr. Weisberger seems to agree that Sophie would be justified if we adopt an act utilitarianism framework. According to act utilitarians, an act is justified if it results in a better state of affairs than alternative acts. But Weisberger apparently thinks that Sophie’s decision wouldn’t be justified on a rule utilitarian or deontological framework. This simply isn’t the case, however. According to rule utilitarianism, an act is right if it accords with certain rules that are known to result in better states of affairs. Now here’s a rule: Protect your children as much as possible. Appealing to such a rule, one might argue as follows: “If Sophie doesn’t choose which of her children will die, both children will die. Hence, the only way to save a child (i.e. the only way to act in accordance with the rule we have laid out) is to choose one of her children to die.” Sophie, then, was morally justified. (An atheist might respond that choosing to send one of her children to die would violate our rule; but this isn’t the case. Both children stand condemned already. Unless Sophie acts, both children will be sent to their deaths. Hence, the only power Sophie has in such a situation is to save a child who is about to die, and she does.)

But what about deontological ethics? Deontological systems emphasize duties over outcomes. That is, what matters most is not the result of your act, but whether you acted from the appropriate motive. So let’s lay down a duty: People ought to protect their children as much as possible. By appealing to duty, Sophie’s defender could reason thus: “Sophie has a duty to protect her children. But in this situation, she can either protect one child, or neither child. Duty demands that she protects her children as much as possible, which means that she must save one of her children. Hence, in making her choice, Sophie does her duty, and is therefore morally justified.”

Dr. Weisberger could raise two objections here. First, she could argue that if Sophie refrains from making a decision, the Nazis will kill both of her children, yet she wouldn’t have sent them to die, whereas, if she chooses which of her children will die, she plays an active role in that child’s death. But this would be a poor understanding of the situation. In this situation, not making a choice is a choice. That is, in not choosing which child will die, Sophie is choosing to allow both children to die, when she has the opportunity to save one of them. Thus, either way, Sophie make a choice, and the best choice is the one that saves a life.

Another good post. I enjoy your writing. I have found such hyper-criticism applied to me in discussion forums. Some people who are opposed to me as a theist will literally disagree with every assertion I make regardless of its veracity. I think that I am justified in saying that such people have an agenda beyond determining the validity of certain theological claims. 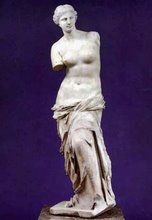